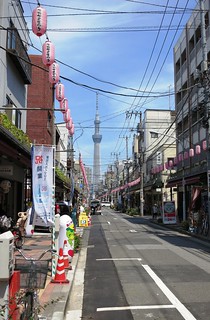 In only a short time from now I’ll be heading to Japan (mostly Tokyo) for a week or so for work. Yikes. That date is quickly getting closer. Which is great – I can’t wait – but this week I’ve also realized that it’s now really time to start filling up that week with appointments and meetings.

I have a long list of people and organisations I would like to meet with. Many of which will not be a problem to meet with, but some of these people have no idea who I am. So it’s also important to get my story right when contacting them. Exciting – another step in establishing my own business.

Why am I going to Tokyo? The trip has a few objectives, but mostly it is meant to further strengthen my professional network locally and to do some research on a few topics I’ve been working on. Mostly these are to get a better perspective on developments on sustainable urban development in Japan, and to find out more on CSR in Japan: what are the main topics in Japan for companies and what are currently the main challenges?

[UPDATE 12/5: thinking about it more, the main question that I take with me to Tokyo is Are Corporate Social Responsibility and sustainability on the business agenda in Japan?]

To be continued, of course. And in the mean time, if anyone has further suggestions of relevant organisations/people to meet with who can help me with the above questions, I’d love to hear them! 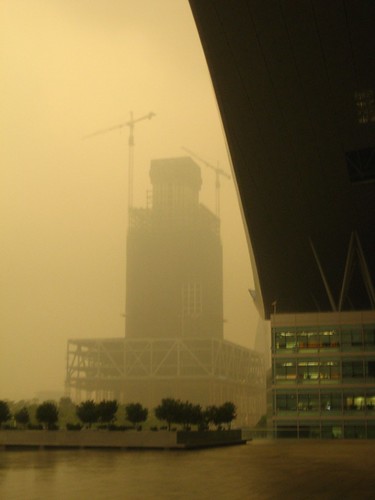 Working in China as a non-Chinese brings all kinds of challenges with it. Of course, this isn’t a surprise. The book “You can’t change China, China changes you” explores exactly what those differences are, in one particular industry: architecture.

The book had been recommended to me a few times over the last couple of years, as I work on China and regularly with architects. So when I came across a copy in the local bookshop it was an easy choice to take home. Only at home did I realize that this was an English-language copy of an originally Dutch book. In itself not a problem, except that the book would have benefited from a good editor.

The book covers the adventures and experiences of Dutch architect John van de Water of NEXT Architects. Spanning several years from about 2004-2008, Van de Water shares with the reader his amazement, surprise, fascination while working in Beijing in cooperation with a Chinese architecture firm. And yes, the Chinese building & architecture industry is different – the book shows differences in how projects are acquired, the importance of the client, the perspective towards the role of the architect as part of a project etc. And of course the speed at which China is building.

It’s a good read, even for a non-architect, though I am sure that fellow-architects will gain more from it. The book contains a lot of theorizing, and abstract concepts on what the function of architecture in society should be. Sometimes these parts became a bit too pompous for my taste (but that could also have been the language issue noted above). And knowing the industry from inside would probably help to appreciate the differences more.

What the book has left me with is the sense that being an architect in China means that you need to be able to deal with unpredictable situations; whether this is a client which is constantly changing its mind or changing government plans, you never quite know what will happen the next day. In fact, that is probably the same in any industry across China.

Scroll to top
For the best user experience, this site uses cookies. Find out more.