Blog
You are here: Home / Blog / Japan / How to let SMEs grow in Japan 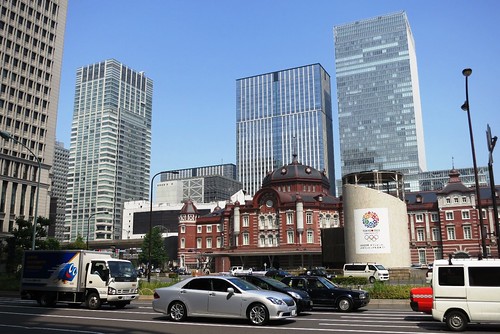 Towards Tokyo Station in Marunouchi

Last week in my post on flexible workspaces, I hesitated about putting in this (part of a) sentence:

[…] the government has more than once announced that small business entrepreneurship will be an important driver for innovation in Japan. If Japan has the right sort of regulatory environment to make that happen is another issue […]

I wasn’t sure if I should use this because it also leads to a lot more questions. Such as, what is the state of small business entrepreneurship in Japan now? What changes are needed in the regulatory environment to make this happen? Etc.So, imagine my luck spotting two articles tonight that talk about these exact issues. Prime Minister Shinzo Abe’s economic policies (in popular terms: Abenomics) consists of several pillars – or ‘arrows’ – of which the third is Abe’s strategy for growth. Policies include  liberalising the domestic labour market, expanding the opportunities of women in the workforce, promoting green energy use and deregulation.And these are exactly the things that are needed to create a business environment in which young entrepreneurs and new start-ups can succeed, as the Japan Times today discusses. In this article several companies are highlighted, mostly in the IT-industry, which are great examples of how a single entrepreneur can build a successful company such as Gree, Inc. and DeNA. Yet, the article also mentions that the success of Abe’s policies is essential in order to grow a more entrepreneurial business environment.

A second article, found on East Asia Forum discusses a related topic: the lack of internationalisation amongst Japanese small- and medium-sized enterprises (SMEs). These companies mostly work as suppliers to the large multinationals, many of which we all know like Mitsubishi, Toyota etc. The article gives some reasons for this limited international reach, amongst which several external factors (eg, underdeveloped infrastructure or inadequate legal systems in neighbouring countries). It also mentions several domestic factors such as the lack of English-speakers in the Japanese work force: how can you do business abroad when you cannot communicate with potential partners or customers? (in the case of Japan, I would argue it can also be very beneficial to have Chinese- and Korean-speakers amongst your employees).

The post on East Asia Forum also looks expectantly towards Abe’s third arrow – and notes the opportunity for Japan’s SMEs of increasing regionalism in Asia with several regional trade deals being negotiated (the RCEP, TPP and a China-Korea-Japan FTA).

Change in Japan is often slow, but for a healthy economy it will be important for Japan to make progress on these topics. Let’s see how fast Abe can go…

Want to join the discussion?
Feel free to contribute!